Black Widow Review: Tribute by Marvel to Natasha - This war leaves no one indifferent
Advertisement 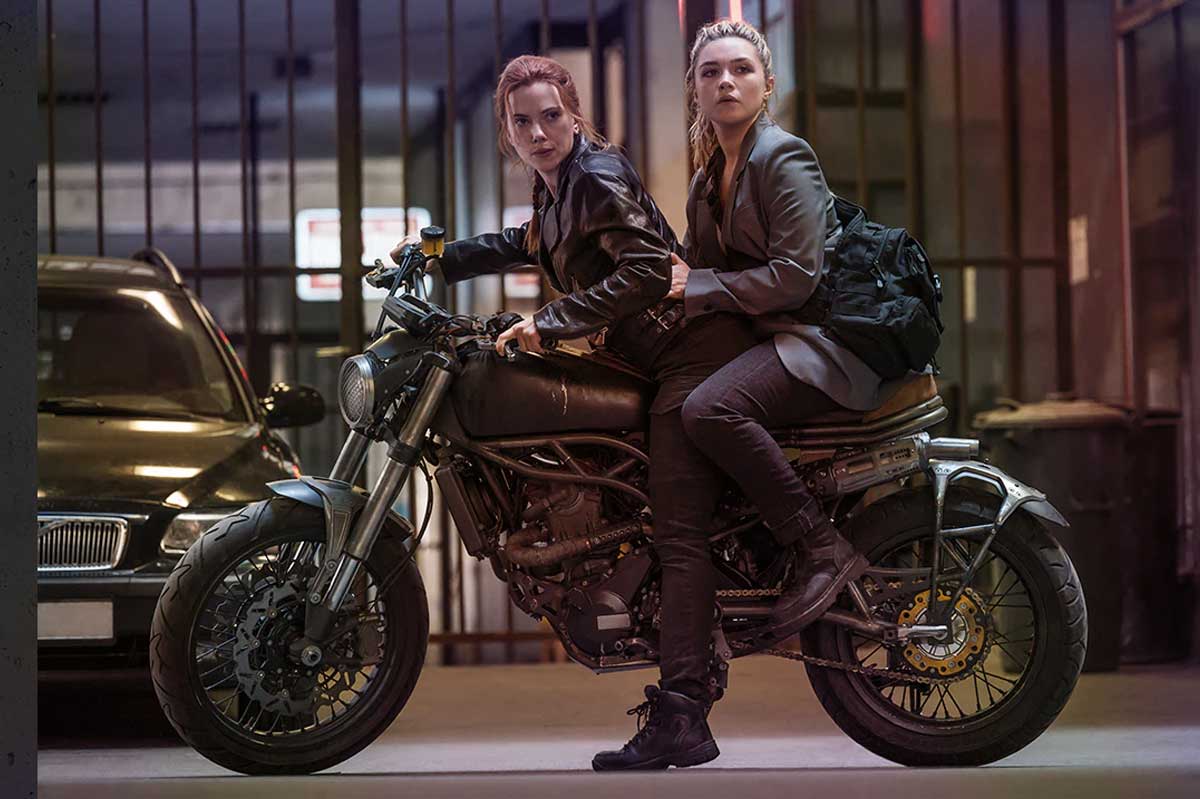 Black Widow Review: As an ex-KGB agent, Scarlett Johansson saves humanity again in Marvel’s superhero epic “Black Widow”.
Almost a hundred years ago, the Soviet author Andrei Platonov described in his novel Chevengur a convoy of half-starved poor people in the Eurasian steppe who had to sacrifice everything in the Bolshevik liberation struggle against the reaction; their national identity, their possessions, family members. It’s a shame, one might think – according to Platonov, however, this no-one existence, what luck, really gives them the potential to build a new classless society: “And I tell you, we are all comrades in the same need. But there is Bread and property, there will be no human being! ” On Natasha Romanoff, main character in the film Black Widow, in this somehow sad sense, should have lost everything, actually counting as a comrade. But it turns out differently, and why and how exactly, you can watch it from July 8th in the cinema or a day later on the streaming provider Disney +, and please – go ahead!

Romanoff, played by Scarlett Johansson (wonderful), loses her parents twice (oh my!): First in their hearts the original ones, who they gave away as a baby to KGB agents on missions abroad, where she had to grow up in Ohio, USA the beast. After the collapse of the Soviet Union, the sleeper cell continues to work as a freelancer, but in 1995 she flies on and with the Cessna quickly to Cuba, where Natasha is again cast out.

She ends up with her sister Yelena (Florence Pugh) in the pistils of General Dreykov, has trained the ex-head of the parents of the agents against the class enemy in the Cold War and after the end of a decent business sense (by the way, towarischtsch – Russian Word for comrade – derives from toward, a commodity intended for sale). Dreykov uses computerized high-end brainwashing to drill tender orphans into fighting machines, a classic villain triad: first, unleash the dark forces of science, then terror here and there, and finally world domination. But no, not with Natasha, she runs away early and joins the Avengers superhero troupe (battle name Black Widow) .

The Avengers are known from the Marvel Comics, which have been systematically filmed for 13 years with a billion-dollar budget. There are already 23 franchise films, each one focusing on new superheroes from the Marvel universe. Sequel is followed by Prequel – a gigantic “theme park cinema”, as the cultural theorist Wolfgang M. Schmitt calls it. Sticking to the fairground metaphor, one could also speak of a mirror labyrinth in which we ultimately only see duplications and distortions of what is always the same. Logically, because after decades of neoliberal desolation we generally can’t think of anything new, the film soundtrack consists of the umpteenth EDM cover version of Nirvana’s Smells Like Teen Spirit from 1992. “Hello, hello, how low / here we are now / entertain us “.

Back to Natasha. With her sister, she wants to overthrow Dreykov, whom Ray Winstone plays as Harvey Weinstein (in general, men appear in the 133 minutes of film only as remaining powerful creeps; “This is a fictional story,” warns the film studio in the credits). In Bond fashion, this leads us to Norwegian waterfalls and Budapest’s Pawlatschenhöfe, and finally to Natasha’s past and her agent parents. The father: once Red Guardian,the Soviet superhero counterpart to Captain America, with “Karl Marx” tattooed on the knuckles; now too many pounds on the ribs for the old Cape and in the heart of the frustration of having been dropped from its lost land. The mother, on the other hand, is still in line. Sure, Dreykov is an ideology-free pig, but wouldn’t his project – to break free will – have been exactly that, she asks, what it would have taken to make the planned economy work at the time? We see a linear elongated version of our present, dystopian, as Dürrenmatt or the middle-young Max Horkheimer might have drawn it, just with more CGI trick technology, more fireball scenarios and pieces of debris flying around, everything looks great.

In the Soviet Union, by the way, Platonov’s novel could only appear decades after Stalin’s death, although or because he was a committed communist.

Related Topics:Black Widow Reviews
Up Next

Biohackers Season 2: Explanation of the end! What is happening to Mia?

“War of Neighbors”, will season 2 have on Netflix?