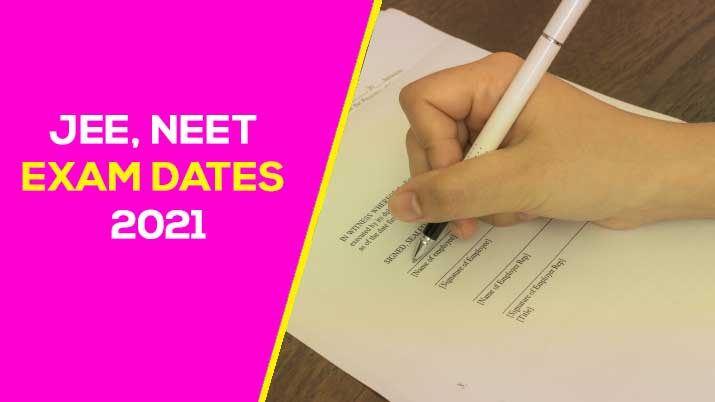 NTA NEET, JEE Main 2021 Date: The February and March sessions of the engineering entrance exam JEE Main 2021 have been held while April and May’s exams were postponed. Whereas the medical entrance exam NEET-UG is to be conducted on August 01, but its application forms were to be released in May, which could not be issued in time due to Corona.

NTA NEET, JEE Main 2021 Date: Due to the Corona epidemic, the education system in the country has suffered a lot. In view of the danger of infection, the board examinations have been canceled and the entrance examinations for admission in higher education have also been postponed. The most prominent engineering and medical entrance exams JEE Main and NEET UG exams have also been postponed due to this.

The February and March sessions of the engineering entrance exam JEE Main 2021 have been held while the April and May exams were postponed. According to the agency, both the remaining sessions can be held in July and August at an interval of 15 days.

The details of the exam date and admit card could not be issued 15 days before the NTA exam. The application forms have not been released yet which means that the exam will not be held on 01st August. According to the agency, according to the NEET agency, the NEET exam can be postponed till September. The necessary update will be released on the official website neet.nta.nic.in.