Legacies Season 3 Episode 15, the tribute to Star Wars and the discovery of Hope, Lizzie and Josie, our verdict
Advertisement

Biohackers Season 2: Explanation of the end! What is happening to Mia?

Money Heist Season 5: La Casa De Papel 5 - Alicia Sierra and the Professor will allies or not? 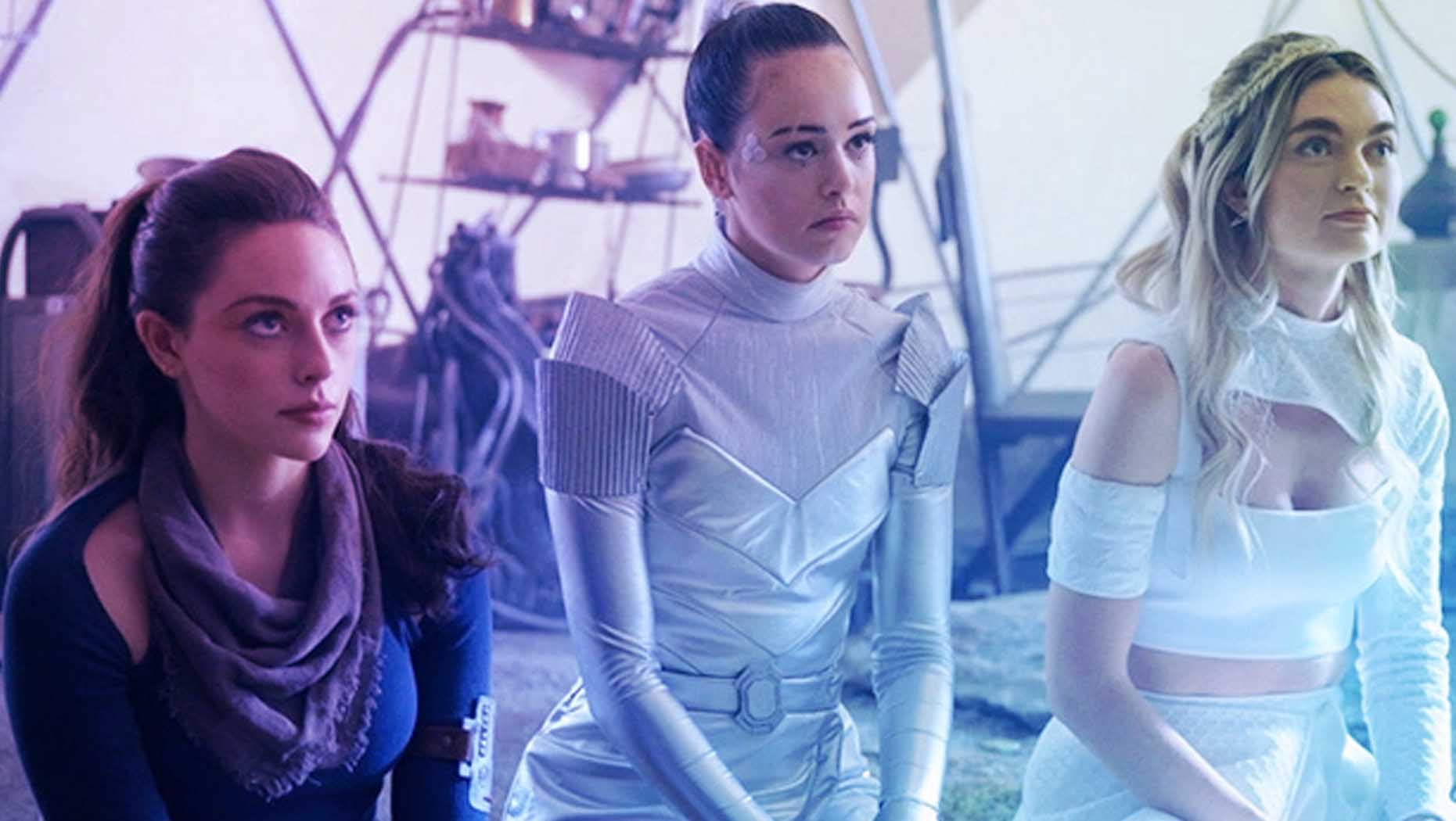 Last night, Legacies Season 3 Episode 15 aired on the CW. So now is the time to find out our verdict of “A New Hope”.
Last week, in Episode 14 of Season 3 of Legacies, Hope and Josie set out to find Lizzie, who was in a witching retreat. After this escapade, the three friends gathered around a campfire, but were drugged … What happened? The editorial ‘of melty invites you to discover its verdict of episode 15 of season 3 of Legacies . After their brief stint in Andi’s cult, the trio woke up to find themselves in a Star Wars-inspired reality where Lizzie was the “star” being Princess Elizabeth Saltz, Josie was her “android sister and personal valet. “, while Hope… didn’t really know what role she was supposed to play on Planet Mystic Falls in this episode of Legacies.

Legacies Season 3 Episode 15: the tribute to Star Wars and the discovery of Hope

All they knew was that, as with all vision quests, they had to complete the story in order to wake up in this episode 15 of Legacies season 3 . Their travels took them to a bar, where they met Ethan, “Lizzie’s crush” . And that’s how we learned the truth about this collective journey. This hallucination is actually based on a story Lizzie wrote in her diary during a particularly difficult time in her childhood . So that explained why their next stop was Alaric’s not-so-secret hideout, where he revealed that the Star Sword could only be used by “The Chosen One”.. But unfortunately, none of the three could activate it … This version of Alaric betrayed them and Lizzie therefore confided in how she felt towards her father during this period. A particularly moving scene.

After being captured, the three friends had time to think about it and put the pieces of the puzzle together. Lizzie explained that she was “going through a lot” when she wrote this story. At the time, she believed that her father would always choose Hope over her and Josie … Hope who called herself Hope Marshall. And miraculously, Summer Fontana (the actress who played Hope in The Originals) arrived to save the witches. Eventually, Hope revealed that she heard about Lizzie’s story at the time, thanks to Josie reading Lizzie’s diary and discussing it with the other witches. Klaus’ daughter then wrote her own sequel, in which she is the heroine, and the big bad is actually The Hollow. And she knew exactly how to deal with this hallucination.

Hope knew who was hiding under the costume of Darth Vader in this legacies season 3 episode 15. And most importantly, she knew how to defeat them … This monster was actually Malivorous, and she understood that in order to annihilate it, she had to face her fate: to become a tribrid. When they woke up, the three friends had an open-hearted discussion that highlighted their incredible development and especially their strong friendship. As Lizzie so aptly pointed out, now Hope is no longer alone to fight The Hallow, she has the twins by her side. The three witches are much stronger united and united. And if this sequence particularly moved us, the last seconds left us speechless. The trio’s new challenge has arisen and it’s about … Clarke! Landon’s brother is back and it promises a pretty amazing and thrilling Legacies Season Finale!